Andrzej Umiastowski was born in 1956 in Poland. He graduated in 1984 from the Academy of Fine Arts, atelier of Prof. J. Zablocki. He co-operates with Gallery Katarzyna Napiorkowska, Warsaw.

At first sight, Umiastowski’s oils on canvas display the illustrator’s touch- a bit of Max Beerbohm, perhaps – and they might well seem in place in The New Yorker magazine. There is a whiff of J.S. Perelman, Ludwig Bemlmans… as well as the gentler visions of a Fernando Botero or Charles Bragg.

Umiastowski treats Chaplin-esqueinstances of the mundane. His art revels in loving feature, and in an acceptance:
acceptance of aging, of mild eccentricities, of the simple human. It is almost a Parisian sensibility; but our age so often loses that at puberty, and we are poorer for it, and all too quickly accept lesser surrogates. In Umiastowski’s art, the child within – at times amused, at times a critic of our fellow men – still lingers on. So much of the background cast in Umiastowski’s art is formed from cool and somber hues; but the figures, somewhat corpulent, incongruously pleasant, are caught up in their moment: happy. The artist takes his simple pleasures where he can. This is not nostalgia, but rather poignancy. And if philosophers would deny us this, we declare their practice null and void. A viewer should relax… he will enjoy the images. “Each painting by Umiastowski can tell us about human nature much more than the volumes of philosophical books…” Jurek Polanski from the Weekly ‘Polityka’. 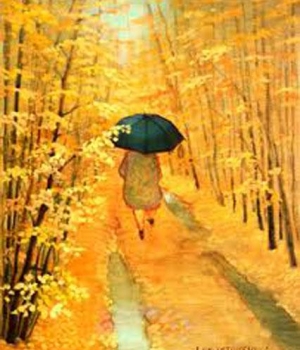 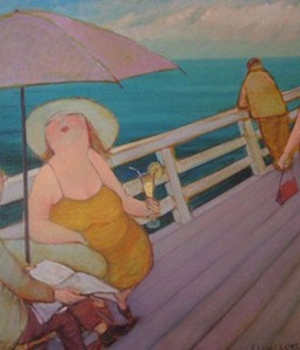 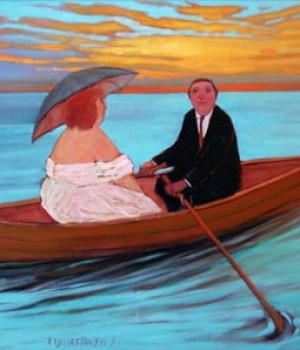 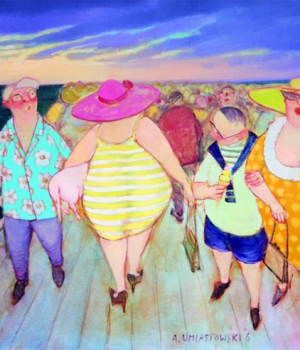